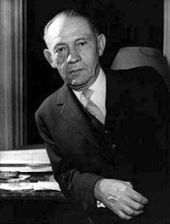 In many respects Lajtha occupied an unique position among Hungarian composers. Like Bartók and Kodály he was not only acknowledged as a composer of distinction, but also recognized as an authority on folk music research; further, again like Bartók and Kodály, his activities were not confined to creative and scientific work, but also included teaching. His main distinguishing characteristic, however, was his attachment to French, and generally to Latin, culture in sensibility and taste. In this he was one of the few nonconformists of Hungarian music history, most of whose development was affected by German influences. Superior workmanship is the most prominent and consistent feature of his music; and the principle that ‘in all works of art the quality of craftsmanship is a decisive factor of evaluation’ always guided his artistic consideration.

As a teacher Lajtha, by encouraging his pupils to study modern, especially French music, did a great service to the development of the Hungarian music of the 20th century. As a professor at the Budapest Academy of Music, he was the first to introduce folk music transcription into the ordinary curriculum.


László Lajtha was born in Budapest on 30 June, 1892 and died there on 16 February, 1963. He studied composition at then Budapest Academy of Music with Viktor Herzfeld and piano with Árpád Szendy. After graduation, he continued his studies in Leipzig, Geneva and Paris. In Paris, he became a pupil of Vincent d’Indy in 1911. In 1913 he obtained his doctorate in economics at the University of Budapest and was appointed custodian of the instrumental collection of the Hungarian National Museum. In 1924, he joined the staff of the Ethnographical Museum, having embarked on his first folksong collecting tour in 1910. In 1926, Lajtha became choirmaster of the Goudimel Choir of the Calvinist church in Budapest. From 1932 he worked for the Institute of Intellectual Cooperation, a League of Nations organization, and played an important role in the music section of the Commission Internationale des Arts Populaires (CIAP) until 1939. He lived part of the years 1947-48 in Paris and London. At the 1947 meeting of CIAP in Paris, he took part in the deliberations which resulted in the setting up of the International Folk Music Council. From 1919, Lajtha was professor at the Budapest Conservatory, between 1945 and 1949 – the year in which he was pensioned off – he was Director of the Conservatory. In 1951 he became the teacher of the Budapest Academy of Music. In 1955 he became a corresponding member of the French Académie des Beaux Arts as the first Hungarian composer since Liszt. He continued to collect folk music from parts of western Hungary until his death.