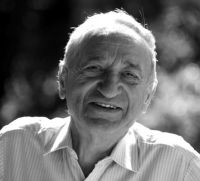 All works by Soproni show a high degree of technical control and a breadth of cultural interests. After the 1950s he turned his attention to the music of Bartók and to Bachian polyphony. From the mid-60s on he composed dodecaphonic music – but without employing serial principles. In the 1980s he began drawing on a range of historical styles, from plainchant to Stravinsky, while avoiding various trends towards tonality. In his masses and Latin motets, or in the choruses and Rilke songs, his sensitive word-setting and classical sense of form unite in an expression that is both individual and impulsive. In the string quartets and piano sonatas (genres central to his output) his easily intelligible style incorporates mystical lyricism and a distancing element typical of Stravinsky.

He started to play the piano in the music school of his home town when he was six. He also completed the secondary school there, in the Széchenyi Grammar School. In 1949 he was acepted for the Ferenc Liszt Academy of Music in Budapest, where he studied with János Viski. He graduated in 1956. In 1962 he attended the Darmstadt summer courses and for the next three years composed only studies.

From 1957 on, he worked as a lecturer in music theory and composition for fifteen years in the Béla Bartók Secondary School for Music. Since 1962 he has been giving lectures at the Music Academy. In 1968 he became a reader there and since 1974 he has been a university professor at the Academy. During these years he was teaching counterpoint, score reading and composition. From 1988 to 1994 he was rector of the Ferenc Liszt Music Academy, and at the moment he is a professor emeritus there.

In 1992 he took part in the founding of the Széchenyi Academy of Letters and Arts; his inaugural ceremony took place in February 1999.