A series of transcriptions for strings of pieces from Bartók’s piano cycle Mikrokosmos is now available. This four-volume publication features transcriptions for various string ensembles from beginners’ to professional level, and can be used in a variety of situations.

Bartók’s Mikrokosmos is one of the most influential cycles of piano music of the 20th century, and in many schools is used as the basis for instruction on the piano. The 153 piano pieces, arranged in order of difficulty, not only present challenges in piano technique, but also introduce pupils to the basics of composing; in addition, they include many character pieces and even programme music. 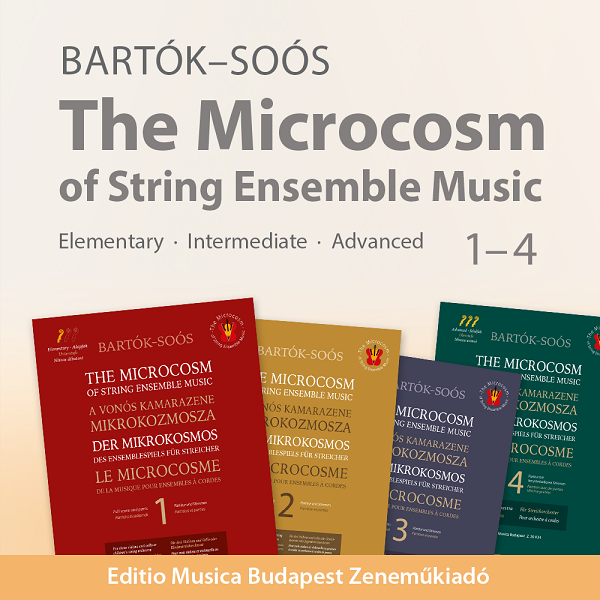 The Microcosm of String Ensemble Music series by András Soós adapts almost all of Bartók’s Mikrokosmos for strings. The 148 transcriptions are published in four volumes, presented in order of difficulty, and designed for different string ensembles:

three violins and one cello or

three violins and cello or

string quartet and string quintet or 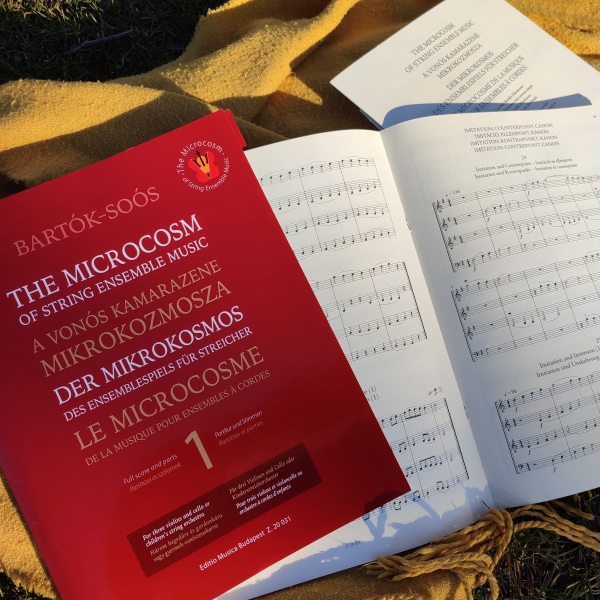 Volumes 1–3 contain one copy of each part, in addition to the score; Volume 4 contains only the score. Further printed parts for orchestral performance can be ordered separately.

The parts for all four volumes are also available in digital format at digikotta.hu. Here the parts are available in two formats: as digital music for display on tablets (or other similar devices), and also as downloadable PDFs, which can be printed. These can be accessed with the unique codes found in the printed publications, but the digital parts package can also be purchased separately.

András Soós made the first of his Mikrokosmos transcriptions in 1985, to commemorate the 40th anniversary of Bartók’s death, for the ensemble ‘180-as Csoport’ (Group 180, specialised in minimal music), using several combinations of instruments. Many of the string transcriptions had been made by 1990, with the versions published here polished following workshops and performances over the decades since.

The Society Artisjus Hungarian Bureau for the Protection of Authors' Rights has classified the volumes 3 and 4 of The Microcosm of String Ensemble Music to be a derivative intellectual work. For public performances and recordings of pieces from the series, please notify the appropriate collecting society for the relevant territory.