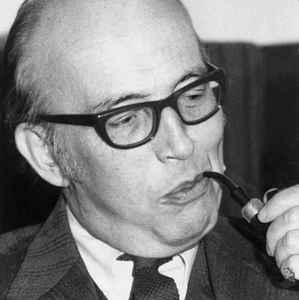 He began his career as a pupil of Zoltán Kodály. Although he could sample in 1949 some Western experiments in music at a master’s course held by Alois Hába, the decisive influences on his style were from Kodály and from Bartók, particularly from the discovery of the classicizing tones of the music of Bartók’s final years. Maros, up to the end of the 1950s, became one of the clearest and most successful exponents in Hungary of this folkloristic national classicism.

After the 1956 Revolution, Hungarian music moved steadily closer to West European models, which had been dismissed hitherto. Maros was among the first to apply knowledge of the expressionist Bartók, and of Webern, the Polish avantgarde and the Darmstadt serialists, to re-learning composition techniques and breaking with Hungarian traditions of the first half of the century. His first Western-style orchestral works ‒ the three Euphonies (1963‒65) ‒ sought a modern orchestral sound and came to serve as a model to be followed in Hungary. Yet his strong attraction to Hungarian tradition turned him back to more conservative composing from the 1970s onwards. In a word, his life’s work in orchestral and chamber music marked an attempt to balance modernity and tradition. (Anna Dalos)

Maros Rudolf was born at Stachy (Czech Republic) on 19 January, 1917. In 1939-42, he studied composition with Zoltán Kodály and viola with János Temesváry at the Budapest Academy of Music. After graduation, he taught at the Pécs Conservatory (1942-49). In 1949, he attended the masterclasses of Alois Hába in Prague. From 1949 to 1978 Maros taught chamber music, music theory and orchestration at the Budapest Academy of Music. He attended several of the Darmstadt Ferienkurse after 1959. In 1971-72, he lived in West Berlin on a DAAD scholarship. Between 1971 and 1975, he was on the executive board of the ISCM.
He died on 3 August, 1982 in Budapest.