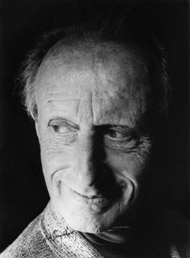 György Ránki's art is characterized by stylistic variety. His individual application of Hungarian folk music and the musical folklore of other nations is observable throughout his work. In addition, he frequently took advantage of the power that quotation from the most diverse musical periods and styles has of creating atmosphere. Rich in ideas that are full of character, his compositions reveal surpassing mastery of his craft. His exceptional descriptive ability and his special feeling for the grotesque, the ironic and the exotic made him one of the most outstanding composers of his time for the theatre. Besides operas, incidental music for the theatre, oratorios and other vocal and instrumental compositions he also wrote numerous film scores.

György Ránki was born in Budapest on October 30, 1907. Between 1926 and 1930 he studied composition under Zoltán Kodály at the Liszt Ferenc Academy of Music.  He went on to study ethnomusicology under the guidance of László Lajtha at the Ethnographic Museum in Budapest, then in 1948 and 1949 in Paris and London. Between 1947 and 1948 he was head of the music department of Hungarian Radio. From 1949 he worked as a free-lance composer. He died in Budapest on May 22, 1992.